Project Zomboid is an open-world survival horror video game set in a zombie apocalypse. It was created by indie developers The Indie Stone and released in November 2013. The game is currently in Early Access on Steam, with a full release planned for later in 2018.

Project Zomboid features retro-styled 2D graphics. The game world is rendered in an isometric perspective, and the visual style is similar to that of classic top-down RPGs like Baldur's Gate or Fallout. The graphics are simple but effective, and the game's art style is unique and distinct.

Project Zomboid is a Survival Horror game with RPG and Sandbox elements. The game is set in the fictional town of Muldraugh, Kentucky, and tasks players with surviving in a zombie-infested world. Players must scavenge for food, water, and supplies, and build up their base of operations. The game features a wide variety of crafting and construction options, and players can choose to cooperate with or compete against other survivors.

Project Zomboid features a multiplayer mode that supports up to 32 players. The multiplayer mode is separate from the game's singleplayer campaign, and tasks players with cooperating to survive in a shared world. Players can build up their base together, and share resources and supplies.

Project Zomboid is a highly replayable game. The game features procedurally-generated content, which ensures that no two playthroughs are the same. The game also features a wide variety of options and choices, which allow players to tailor their experience to their liking. The game's sandbox nature also allows for a great deal of player creativity.

Project Zomboid is a unique and distinct survival horror game with a great deal of replayability. The game's simple but effective graphics, wide variety of crafting and construction options, and procedurally-generated content make it a Survival Horror game that is definitely worth checking out. 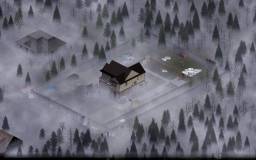