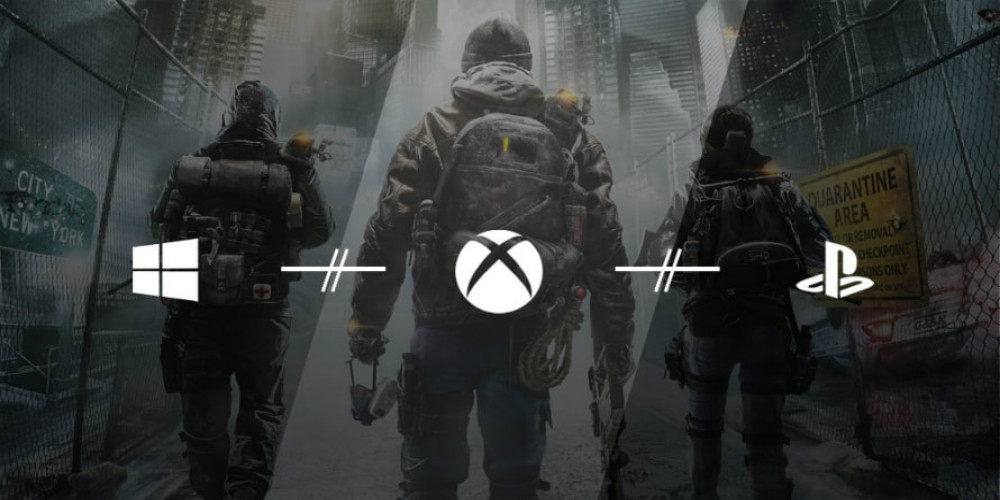 Modern gaming technologies offer mind-blowing cross-platform multiplayer capabilities. At last, you can play many titles with your friends, independently from platforms they have! All cross-play games have a particular list of compatible platforms. In most cases, you are allowed to play on PC, with PS4 and Xbox One players or vice versa. Some games also support Nintendo Switch and even mobile platforms. If you look for titles that support all platforms, there are only 3 of them so far!

Fortnite is not only the king of Battle Royale but also one of the most accessible free to play cross platform games. You can play it on all the latest consoles, computers, and even mobile devices. It offers groundbreaking gameplay that lets you fight with up to 99 players on a large Battle Island. Try to survive the attacks of random players you encounter and shoot down everyone you use to reach the end of a match. It’s the only way to win!

This game combines RC vehicles and soccer. Doesn’t it sound great? It’s a crazy aggressive eSport with dozens of customizable cars and a variety of modes to try. It’s a great party game for those who love speed, crazy physics, and wild action that takes place on multi-dimensional arenas. The game is available for PS4, Xbox One, Switch, and, of course, PC.

Minecraft is one of the most popular cross play games and video games overall. This iconic blocky sandbox has been attracting tens of millions of players for over a decade already. Here you can mess around with friends, build structures by mad designs that come into your head, fight hordes of dangerous creatures, visit hell, or just explore the world created by other players on public servers. You can enjoy it on the PC, Xbox One, Switch, and Mobile.

Are you surprised that we included a chess game on our listing? You will be even more surprised when you try this game on your PC, PS4, Xbox One, or Switch. It combines traditional chess gameplay with absolutely gorgeous visuals that leave no one cold. As you progress, the game reveals more and more extremely detailed game rooms, letting you dive into the game as if you had taken part in real tournaments around the world.

In this game, you can enjoy vehicular combat that features hundreds of realistic WWII (and some more) plains, helicopters, battleships, and ground vehicles produced by the USA, USSR, Italy, Japan, China, France, Sweden, and other counties. Unlike other games with cross play, it supports cross-play not only on Windows PCs but also on Linux and macOS. Of course, PS4 and Xbox One are supported as well.

These are the best cross-play titles based on their multiplayer capabilities, ratings, and our editorial preferences. However, there are many more games with cross-platform capabilities out there, but they mostly have partial support of the feature. Did you play any other titles that support cross-play? You can add value to the listing via the comments then! And don’t forget to share the piece with friends to let them choose something to play with you.